It’s an interesting day, the Sunday before Easter. Christians around the world call it Palm Sunday, commemorating the story in the NT Gospels about Jesus of Nazareth riding into Jerusalem on a donkey, and people laying down their cloaks and perhaps some palm fronds as well. So churches of all sorts often give palm branches to people who attend worship on said Sunday.

I’m not judging anyone or any church that chooses to give out real palm fronds or fake ones. It is what it is. I’m not sure it’s the best use of resources [especially if we really dig deep into where the palm fronds come from]. Fake ones? Okay. But I’m not going to dwell on that. Such traditions are fine as long as they inspire and encourage people to be more kind and loving to others. Do the palm branches given out once a year accomplish that?

Since I was a child I have always wondered about the strange transition from Palm Sunday to Easter Sunday. Sandwiched in between those two celebratory Sundays is what is called Holy Week—a week usually including at least one service of worship that focuses on Jesus’ death, including the symbol of the cross, and more mournful/somber ceremonies and rites. Sometimes people parade crosses through towns and cities and display bloody Jesus statues in public squares. Depending on a person’s tradition, Holy Week can be a time of mourning and sorrow.

I see you, Spain.

Holy Week is not bloody, somber, or particularly religious, but simply a week to prepare food and your house for relatives and friends for Easter dinner. Although depending on your friends and family, I suppose it could get bloody and somber? I hope not…

And we can’t forget about Passover, right? That’s how this all started anyway! Passover, for all of our Jewish friends and fam, begins March 30th and ends April 7th.

Really, not so concerned about whether you do or don’t observe Palm Sunday, Holy Week, Passover, or Easter. These religious holidays are a mix of both secular, national, cultural, and religious traditions and vary according to where you live, what you eat, and what language you speak. So it’s best not to read too much into all that.

What I’d like to talk about with you, if you’ll join me in this conversation, is how a story [and our traditions] either help or hinder us in our seeking of rest and wholeness, and in our development as people to be more compassionate and loving to others. I’ve chosen to include parts of Mark’s Gospel story that take us from the Jerusalem road [palm branches, etc.] to the town of Bethany and the woman who anointed Jesus, to Golgotha and the cross, then back to Jerusalem and the temple.

-Jesus of Nazareth finally makes it to his destination [Jerusalem], and as he arrives, people are waiting.

They are a mixed group—some wanting him to be a political ruler, a king, or a military champion. Others watched with curiosity and others with skepticism. The Romans were most certainly watching. So were the religious elites, called the Sanhedrin. Was Jesus a king? Some people wanted him to be. They sang the royal songs to him. They tried to anoint him as king.

-But this so-called “king” went to Bethany first. And there were no crowds and no Hosannas, and no palm branches thrown at his feet. Instead, there was a leper—an unclean, untouchable person. Jesus sat at table with this Simon. Then, a woman approached with an alabaster jar of ointment [notable because of its value and something that was reserved for special occasions].

With Simon the leper watching, she did, in Jesus’ words, what “she could,” anointing Jesus’ body for burial.

Her action was good news.

-From Bethany Jesus ended up in a place of death, of skulls, called Golgotha. 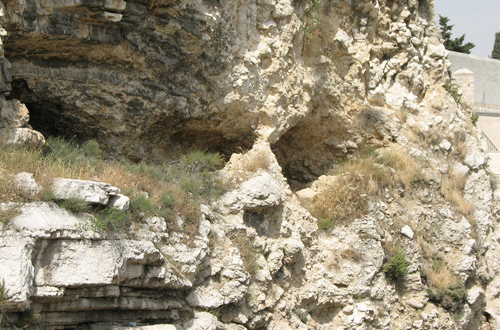 The ones who previously shouted Hosanna and laid down palm fronds and cloaks, where were they? It seems lonely, this part of the story. And indeed, it was. Jesus cried out in loneliness to a God who seemed absent, quoting a Psalm, Elohim, why have you left me alone? And then, Jesus died.

-At that point, the story shifts back to Jerusalem and the temple, the same one that Jesus threw tables around in because people were being exploited and marginalized there. In this same temple a ceremonial curtain was torn in two, from top to bottom…

As if to say: the sacrifices you’ve been told you have to pay for and offer here are no longer necessary. Likewise, you don’t need priests or scribes or any other mediators to access the Divine. The Spirit of God is loose in the world and is all around you, and stands with all of you who are marginalized, broken, exploited, or lonely. This Spirit is with you.

All of you, like the woman with the alabaster jar, who have been criticized or made to feel small just because you made yourself vulnerable and took a risk to be yourself to show love.

All of you who have felt/feel like Simon the leper sometimes—ostracized by society and told that you don’t fit—that who you are is somehow not of value.

All of us, who have felt beaten up and are suffering, wondering, as Jesus did, where in the h@&* is God in all this pain and emptiness?

In all places, countries, neighborhoods, towns, and countrysides—we are given accessibility to a Divine presence that affirms who we are and calls us to love others above all else. And yes, it is this idea and movement away from hate and towards compassion that led to Jesus’ death, yes, this is what the curtain tearing in two is all about.

Students lose their lives due to senseless gun violence in their schools. They cry out with loud voices to lawmakers, politicians, school administrators, parents, and leaders. And they are met with silence. They are are blamed and scapegoated and told that they are too young to understand. And these students are still crying out.

Syrians experience death and war in their cities and towns each and every day. They cry out for help as foreign powers fund the armed conflicts in their neighborhoods, as their lives hang in the balance. Will anyone pay attention? Will anyone care?

Africans in various regions of the continent pray and hope for an end to civil wars and genocides that barely make the news or internet feeds and if they do, they last for a moment before people’s attention turns to the next new gadget or the newest celebrity gossip story.

Honest, hard-working people find themselves on the pipeline to prison just because they are black; transgender people are targeted and attacked just for being themselves; gay and lesbian couples are shunned by their families just because of who they love.

And churches continue to shame and shun people who don’t fit their definition of what God approves, conveniently kicking to the curb those who are materially poor, the LGBTQIA+ community, undocumented immigrants, non-religious people, those in non-conventional love relationships, people of other faith traditions, and basically, anyone who doesn’t sign off on whatever doctrine or dogma they hold to.

Golgotha is all around us. But we don’t have to stay there, do we?

Not sure what this next week called holy will be for you.

Perhaps you’ll decide to trade palm branches for protest signs; maybe you’ll pick up your cloak from the ground and give it to someone sleeping on the street; perhaps you feel a bit like Simon the leper, shunned and isolated, and you’d be grateful if someone would just visit you and sit at your table. Or maybe you’re like the woman with the alabaster jar—in possession of something so important and special to you, and yet bursting with the desire to share it with others, in spite of the skeptical stares you get.

There’s a place for us all in the story, friends. That’s what the temple curtain tearing is all about. No matter where you are or who you are on this journey called life, you don’t need a priest or a church or a religion to encounter God or to walk with this Jesus or to find intrinsic value within yourself.

You already have a place in the great story.

So, If there is to be any rest in us, if we are to bring love and rest to our communities and the world, We must go back to the curtain in Jerusalem that tears, reminding us that things are not set in stone or impossible to change—neither in us or in the world, that is, if we choose to risk love. If we risk being ourselves.